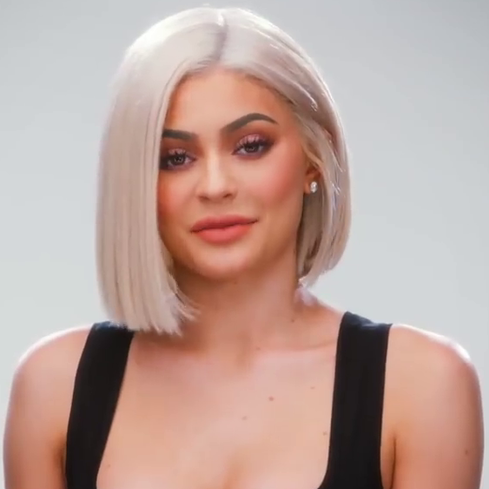 Money… it really does make the world go ‘round, doesn’t it? From non-stop fun to stress-inducing panic, it’s part of everything we do. But whether you’re a tight-wad or you blow your paycheck the second it hits your bank account, have you ever thought about the how and why behind your money habits? No matter what those habits are or what you want- whether you’re interested in improving your strong financial finances or digging your way out of debt- the first step is analyzing your money mindset.

It’s especially important because the financial world talks more about what to do with money than how to think about it. And we have to think about it because our money mindset influences all of our financial decisions, whether we realize it or not.

For example, even though we all know that we need to manage our finances and have a financial plan, some of us don’t have a specific saving plan or follow a particular budget, even though we know we should. That means that sometimes, we don’t do what’s required to make smart financial decisions, and we overspend over our limits to the point where we are left with debts. So, if you’ve ever wondered why that happens and how you can change it, the next critical step involves you taking control of your thoughts.

Your mindset and attitude toward money matter a lot. Think of money as something you have a relationship with. Have a positive mindset. How you think about money highly determines what you do about money. Some people don’t even try because they have a negative mindset and lack the motivation they then think that it’s really hard to be financially successful.

The choices and actions you take also determine your relationship with money. Take a look at Kylie Jenner who is a billionaire at 21, an entrepreneur and a media personality. Although Kylie’s success got a huge boost from her family’s reputation and their many successful connections, at least a part of her success is due to the way she chose to manage her money. Case in point- when faced with the potential of a lot of money at a young age, rather than blowing it on whimsical purchases, Kylie made the choice to invest in her business ideas. One such successful example is her Kylie Cosmetics line, which she launched in 2015.

And now, in 2019, through a combination of successful marketing strategies and aiming her product at a strong buyer market- young people in their teens and early twenties- it’s doing incredibly well and yielding enormous profits for Kylie. And while you might not be planning to launch your own cosmetics line, smart investments are always a good idea! It’s like you giving money… back to you!

Your perception of money:

People change their perception of money as years pass by. The value of money keeps changing with time. Honestly, for most people, it doesn’t matter how much money you have or don’t have but you still want more (you may relate to this or know someone who possesses this trait).

However it doesn’t matter how much you have, you still crave for more. You will find most successful people still running more and more businesses. Take a look at Kylie Jenner who is focused on expanding kylie cosmetics, we also see her pairing with other brands (Mac, Nyx cosmetics), and also her media personality on the reality show keeping up with the Kardashian. She earned millions from TV programs and endorsing products like puma shoes and PacSun clothing. All these activities generate income for her.

In this century money is like a tool which gets almost everything done. In everything you do in your day to day life, it has to involve money (you pay for literally everything like when you need something done you have to pay for the services).

Some people are born in families that are rich, encourage entrepreneurship, money making at a younger age and education. Take a look at Kylie Jenner. The Forbes magazine described her as a self-made billionaire but basing the discussion on factors such as she is from a remarkable, rich, famous and well-known family.

That aided in her success too. The fame, the connections, the family, the enormous social media following which she uses as a platform to advertise her products. She said that that’s where it all started mostly her Instagram platform where we see her posting her products and also notifying people of her new products.  She has easy access to her fans and customers on the social media platform. It’s incredible that Jenner has been able to manage her money, control her money, time and fame and at the same time building her own empire at a younger age.

Some people may think that financial success comes with luck.that  some people are billionaires by luck but if I asked you to name a hundred billionaires or investors who have made it by luck you would run out of people to name. That’s because financial success is hard earned you have to work for it to get what you want. I remember one of the best advice I read from somewhere that said “if you want success, figure out the price, then pay it” .what a wonderful money advice.

In this 21st century, most people want to live the lavish lifestyle, drive expensive cars and live a good life. Most of these people have to work hard to earn this money.  look no further the other day we saw Kylie Jenner throw such a lavish and expensive birthday party for her one-year-old daughter which cost her millions of money .we also see her going to fancy trips she is always traveling and living the lavish life.

We have so many reasons as to why people have lost their confidence in money. Maybe due to failure, procrastination or even societies that have downgraded women in top money-making industries. But today, we can draw confidence from the fact that we watch those failings change with time. Society is (slowly) improving as average people learn more, stand up, and make a change with their newfound knowledge. So, let the tips you’ve learned today work for you and watch your financial future shine.

I should also point out that these tricks should absolutely work for you, but if what you’re really looking for is a way to boost your success and confidence, you can head over to my site, www.instantkharismaseminar.com for life coaching and confidence training! I’ve helped thousands of people just like you to unlock their full potential and I can do it for you too! Wondering how? For the full story, you’ll have to check out my site, but basically… I teach you how to use your body language to sell more products and services- no matter what line of work you’re in! I’ll show you how to make a greater impact and skyrocket your influence even if you hate public speaking or feel awkward in front of a camera! If that sounds like what you need, then what are you waiting for?? Let me help you yourself today!