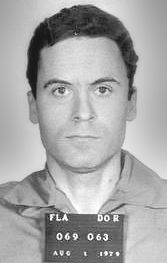 Psychopaths probably existed since the dawn of humanity and will exist, as long as mankind exists. Through history, societies fought bitter battles against this mental disorder. Needless to say, it wasn’t always seen as a mental disorder. Psychopathy as a syndrome was first thoroughly described by Hervey Cleckley, an American psychiatrist who for the main part of his career has encountered psychopaths on a daily basis. In his seminal, work The Mask of Sanity, written in 1941, he gave a broad and thorough description of psychopathy (Cleckley, 1982). Backed up by numerous clinical cases, Cleckley goes on to give a typical clinical profile of a psychopath. His diagnostic criteria are actually more detailed than the present taxonomy which can be found in manuals like ICD-10 (International Classification of Disorders) and DSM-5  (American Psychiatric Association, 2013) (Diagnostic and Statistics Manual).

Oddly enough, Hervey Cleckley participated in Ted Bundy’s 1979 trial and acted as an expert psychiatrist for the prosecution. Cleckley was almost immediately able to identify the most ominous signs of psychopathy, and needless to say he diagnosed Ted Bundy with psychopathy.

Cleckley’s profile of a psychopath is as follows:

We’ve explained the most important ones, but Cleckley mentioned a plethora of other symptoms like loss of insight and self-reflection, poor affective life; threats of suicide are possible, but actual suicides are rare; chaotic lifestyle, inability to live an orderly life; fantastic behavior with drink and even without it;

Some of these symptoms, like the lack of remorse or shame and antisocial behavior, found their way into DSM-5 and ICD-10, the present authorities when it comes to diagnosis of mental disorders. Others like fantastic behavior with alcohol consumption or lesser frequency of suicide are left out from official categorizations.

This an is one of the worst serial killers the USA has ever seen, which puts him high on the list of most notorious criminals worldwide. The exact number of people (mostly young women and girls) whom he killed remains unknown, but it is suspected that he murdered more than 30 individuals, over the course of about 10 years (Keppel, 2005).

His modus operandi consisted of approaching young women at public places, usually complaining about some disability, or assuming a position of high authority. According to survivors of Ted Bundy’s crimes, he appeared as a rather handsome and charismatic individual (Cleckley’s criterion 1). After luring his victims to secluded areas he literally butchered them. He sometimes returned to crime scenes in order to perform sexual acts on the decomposing bodies- meaning that he was also a necrophiliac.

Some of his victims were decapitated which was another obsession of his- he even kept a few heads in his house.

He was ultimately convicted for aggravated kidnapping, murder, attempted murder, rape, burglary, being sentenced to death in Florida, where he was apprehended for the third time. Yes, Ted Bundy managed to escape not once but twice- this is how much people around him were unaware of his real nature. We shouldn’t label Ted Bundy as some evil genius- intelligent, yes, but he wasn’t a genius. His first escape was particularly picturesque of the leniency police officers and guards exhibited towards him. The first time he escaped was during the trial in Colorado- where he acted as his own defense, which enabled him to walk without around without handcuffs. During a break, he went to “consult” some legal papers, after which he jumped through the window. Leaping from the second story he broke his ankle but still managed to escape the ensuing police search. After 6 days he was apprehended again, and this time was put in jail.

Here we want to emphasize that these first accusations were rather mild when compared to the real misdeeds Bundy committed. His defense advised him to stay calm and wait for the verdict, but he simply couldn’t help it- he had to escape. This kind of impulsivity is one of the trademarks of a typical psychopath.

In Colorado jail, he gradually carved a hole through his cell’s ceiling, which was left unnoticed by guards. After preparing for the escape (he gathered 500$, maps, airplane schedules, etc.) he left his cell, stuffing books and pillows under sheets so as to conceal his departure. Guards noticed his missing only 17 hours after his initial escape! By that time Ted Bundy was already in another state.

Once again we can see that policemen and guards simply weren’t aware of the seriousness of Ted Bundy’s crimes. His “genius” should be ascribed more to the inability of officials to appropriately handle their job than to his own astuteness and shrewdness. During his second escape, Bundy committed yet more crimes- possibly more than 3 murders. Although he wanted to “calm down” in Florida and lay low for at least some time, he went on to commit a multiple crime in the sorority house- where he physically and sexually abused more than 4 young females, without being apprehended by the police.

What’s interesting about Ted Bundy is his childhood- a lot of people who eventually develop psychopathic tendencies were seriously abused during childhood, which probably wasn’t the case with Ted Bundy. Sure, he had some problems (he never got to know his real father, and he was convinced by his family that his grandparents are actually his parents), but everything was rather usual in Bundy’s upbringing.

However, there are accounts of psychopathic tendencies within Bundy’s family- more specifically, his grandfather was a violent, abusive, and impulsive individual. He also had unusual experiences and sometimes talked to “presences”.

All this might imply that Ted Bundy had a genetic predisposition for psychopathy. Furthermore, as a young adolescent, he showed unusual interest in detective stories with explicit descriptions of violence and has committed numerous petty crimes. Finally, he was rather aloof and distant, and according to himself, simply “… didn’t know what underlay social interactions.” (Michaud & Aynesworth, 1983) .

To conclude, Ted Bundy is probably born with a predilection towards psychopathic behavior, which then started to manifest itself from his early childhood. And he never did show any kind of remorse or shame for his crimes against humanity.

[1] Damasio developed a neurological model of psychopathy, and at the core of this model is the concept of somatic markers (Damasio & Geschwind, 1984). Psychopaths, according to Damasio, while possessing explicit knowledge about the society’s norms, don’t link them appropriately with somatic reactions- emotional responses.