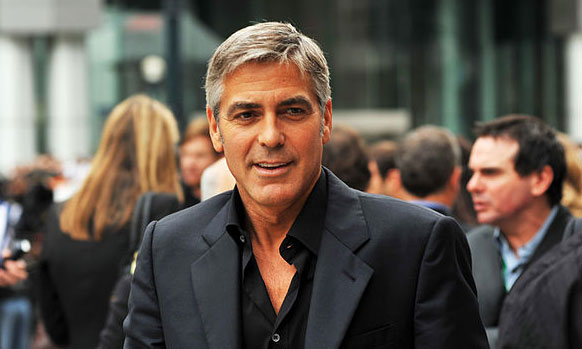 For months I have been doing thorough research about the power of charisma. Why do some people have the power to attract and make connections with other people easily while others don’t? Why are we incredibly fragile under its influence.

Charismatic people have the power to make us feel appreciated and great about our personal lives. Look no further, George Clooney is a practical example for each and every one of us. They help to inspire us to great levels yet they can be dangerous. They use charisma to benefit themselves at the same time enhancing their power.

There are times when we are puzzled and horrified especially when we are in unfamiliar places. Maybe it’s a pristine environment with new friends and we are forced to make critical decisions at the least time. Not all people have the charm to interact and share smiles with people easily. Most of us are forced to cling onto our electronic devices until we find a suitable person to interact with.

Almost entirely it’s the latter, and even for the most confident persons, that time is tiresome and lonely as you wait for someone you might know. Time seems to lag down and the whole experience can be very confusing. You particularly do not like to be singled out as a loner. Charisma hence becomes essential in helping to mitigate these embarrassments.

Sociologist and psychologists play a significant role in helping us understand the whole concept of charisma. They call themselves “charisma” and have studied for years on ways that can help uplift peoples’ spirit and bring out the best version of themselves. As Dr. Reek says “it’s more of a teaching practice where people are trained to overcome fear and be themselves”. George Clooney is an example of a charismatic person that we certainly can borrow a leaf from.

Charisma has to be accompanied by high levels of confidence that consequently impact a good feeling to the people around us. You can certainly be confident but evidently, you are a selfish person and this does not work well. Charisma is more about making positive relationships with the people around you. Most psychologists set to erase any sense of social shyness to help improve their interactions with other people.

What makes a person charismatic

Charisma is often influenced by different factors. This may come from a persons looks to his or her speech. Actors like Brad Pitt and Ryan Gosling are charismatic, first, because of their natural good looks. Famous athletes like Usain Bolt and Serena Williams appear charismatic because of their abilities on the field.

Many notions concerning charisma depend on the information available about a certain person. If you lack information about a person, then looks and performance play an important role. Charisma thus entails different traits and virtues being impacted and working the best for you. A friend once told, ” its important to have different traits that entail one significant character to be different and unique from others”. I guess after some keen insight the characteristic my friend meant was charisma.

Is charisma a skill or a gift

Charisma is essentially a combination of gift and nurture. Psychologists believe its a symbolic, emotional and a value based virtue. When we encounter new people, we rely on these basics to communicate and develop confidence in helping us understand one another. These signaling basics are essentially trainable and some people have learned various tactics through experience and from their role models. Other people need to practice although it essential for one to be intelligence to achieve the best.

Having charisma entails speaking and presenting yourself in a way you capture the attention of others. Psychologists allege that its a learnable skill because scientific programs can identify how people use rhetorical skills and body language. My big psychologist friend Theone deems charisma as a more learnable kind of gift.

How to know if you have charisma

The first thing is to consider the amount of influence you impact on other people. A key component to enhance the ‘charismatic effect’ is the ability to possess a vastly diverse set of values. You may have enormous charisma, but it’s not always easy to win over people who disagree with your values. Leaders who have abundant charisma often are loved by people who have the same values and are hated by those who don’t share the same. It’s always intelligent for a leader to have charisma accompanied by virtues that are loved by the masses.

Can you forge charisma?

It is difficult to forge charisma and get away with it. For example, politicians who make fake promises by creating high expectations and building speeches that have vivid stories soon lose their values. Breaking values and promises often lead to one losing trust and credibility hence their overall charisma. For example, a person like George Clooney has the natural ability to attract and influence a lot of us. This does not come out of deceit but rather using natural gifts and connections to influence the way people react.

Why we are attracted to charismatic people

Various psychological scientists have come up with various factors on why people are attracted to charismatic individuals. A key factor that has been highly identified is identification. We easily identify and connect with charismatic people. We are more eager to please and emulate these kinds of persons’.

Charisma has the effect of making certain people appealing to others. This virtue has evolved over the years and is certainly a credible signal of a potential leader. Most leaders have certain levels of charisma that sets them on a different level to others. This is much like the way animals display their fitness and strength to attract the opposite sex.

The power to be charismatic is not easy and everybody’s a thing of doing. It requires intelligence and having the natural gift of attracting people. As one famous psychologist once said, “You can be so much influential and appealing but if you are hated by a few people due to your ego, you end up losing you charismatic power in the end”. Charisma is about being talented in almost every aspect of human intellect.

If you want to up the charisma factor in your own life but you’re not sure how- you’re in the right place! Because if you’re looking for a way to boost your success and confidence, you can head over to my site, www.instantkharismaseminar.com for life coaching and confidence training! I’ve helped thousands of people just like you to unlock their full potential and I can do it for you too! Wondering how? For the full story, you’ll have to check out my site, but basically… I teach you how to use your body language to sell more products and services- no matter what line of work you’re in! I’ll show you how to make a greater impact and skyrocket your influence even if you hate public speaking or feel awkward in front of a camera! If that sounds like what you need, then what are you waiting for?? Let me help you yourself today!

Want to Build a Fan Base? Take a Tip from Beyoncé!